December 04, 2015 | CONSECRATED LIFE – Fr Jöhri, minister general of the Order of Friars Minor Capuchins since 2006, was elected president of the Union of Superiors General (USG): “We could, indeed should, promote an institution like the Synod of the People of God, with a consistent representation of consecrated men and women in particular.” He highlighted the need to agree on a “geography of presence” of consecrated life given the drop in vocations.

“We could, indeed should, promote an institution like the Synod of the People of God, with a consistent representation also of consecrated men and women in particular”. Friar Mauro Jöhri, minister general of the Order of Friars Minor Capuchins said in clear terms: “I firmly believe that with Pope Francis steps like that are possible”. Elected president of the Union of Superiors General (USG) during the last Assembly, held a few days ago in Rome, Friar Jöhri, succeeds Jesuit Fr Adolfo Nicolás Pachón at the lead of an institution that represents the superiors general of over 200 male religious institutions.

The first proposed theme for the next Synod emerged in the Assembly regards the Church as people of God. A Synod of the People of God to accompany the Synod of the Bishops: is it a feasible goal?
There are the signs, so there is hope. The mere fact that the Synod on the Family has been developed in two stages, marked by a broad consultation of the people of God with a questionnaire sent out to dioceses worldwide in-between stages, is a sign of the need to learn more about what the faithful think re the topics broached.

How do you view your election by the superiors?
Simply as a sign that they have faith in me. The two annual assemblies organized by USG, that I took part in since I was elected minister General, have been an occasion to extend my horizons, as they enabled me to meet other superiors. Being together for two and half days, having the possibility of exchanging views with scholars or reflecting on studies compiled by the members of our Union is always a breath of fresh air that is welcome and propitious. There is a serene, brotherly atmosphere, open to address delicate issues overtly and freely.

What will be the main themes of your three-year term?
With its two annual meetings the USG is first of all an occasion for encounter between the Superiors of various Congregations and religious Orders. At the same time, it is also an interlocutor of the Congregation for Institutes of Consecrated Life and the Societies of Apostolic Life (Civcsva) as well as of the Congregation for the Evangelization of Peoples. It’s important to underline that we are affiliated with our sisters of UISG. Referring to the words of my predecessor, I’d like to add that

It is necessary to step up cooperation among the various religious Institutions. This already occurs among the Franciscan Families, but I think it could – indeed should – be done also on a larger scale.

Cooperation is ongoing among the Religious institutions involved in the fields of health and education in projects implemented in South Sudan. However, I believe the same should be done also as relates to the refugee crisis, since in some cases a given Congregation may have a home available but a shortage of staff, so the members of other Congregations could step in to help carry out the project.

Mutually help includes jointly tackling the drop in vocations?
In some Countries

Consecrated life is diminishing rapidly, so why not agree on a geography of presence?

We started doing it as Franciscans, meaning that at times we told ourselves we could leave a given city because there still were friars from another religious Family. Soon we will have to face the problem of ensuring the permanence of one or more religious fraternities, in order to preserve their faith witness in dioceses and cities. These are the practical issues I intend to focus on during my term in office. Moreover, we could also continue availing ourselves of the various USG Commissions, notably the Theological Commission, to delve into the theology of consecrated life today.

During the assembly was also addressed the possibility for religious brothers to become Superiors in mixed institutes. Is something being planned to this regard?
The topic has been debated for some time and it was addressed again on several occasions. As Franciscans we delivered a letter with specific requests to that effect to Pope Benedict XVI and we are still waiting for an answer. Even the Benedictines, Cistercians, Trappist monks and monks from other Orders have expressed a deep interest. When we met Pope Francis November 29, 2013 I personally presented the matter to him. I did not ask him whether he agreed. All I asked him is whether it was possible to expect an answer in due time. Dialogue should take place first of all with Civcsva, asking them to be the promoters of our request.

Most of all, we wish to be considered on the basis of our religious consecration, and not because many of us are also priests.
The Rule of Saint Francis of 1223, approved by the Pope of the time, envisaged it and was solemnly approved! 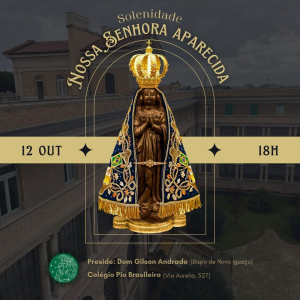 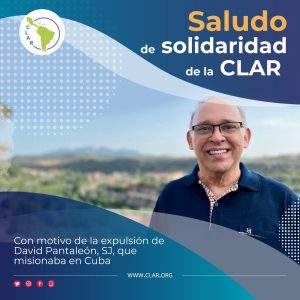 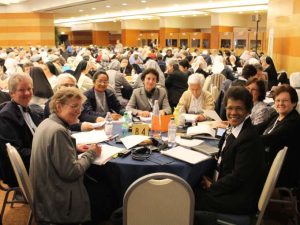